Message from St. Gabriel the Archangel to Father Michel Rodrigue regarding December 8, 2021 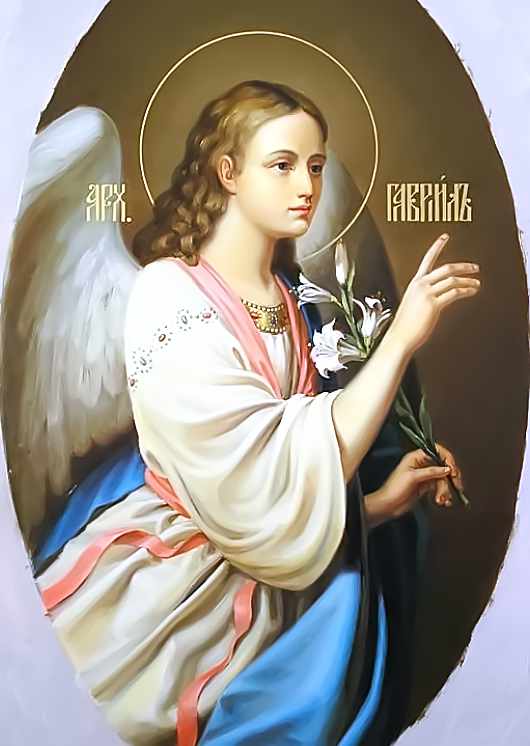 On the night of March 17 to 18, 2021, the Angel of the Lord (later I understood that it was Saint Gabriel the Archangel) came around 2:30 in the night to tell me about the Holy and Great discretion of Saint Joseph with the Holy Family and his role at the end of bad times. I say “end of bad times” to express a period different from that of Christ’s Glorious Return at the end of time.

This experience which I am going to relate, I call it a dream. Gabriel first presented himself as a splendid radiant light. Gradually I made out the form of a being of light with what looked like wings of light. There emanated from his being a luminosity which brought both joy and very deep peace in God. It was like stepping into a part of the sky looking at it. Then his voice was heard...

“I come to reveal the discretion of Saint Joseph from the time I spoke to him until the day he was to leave the earth. His role as protector and guardian of the Holy Family was one of great serenity and great confidence in God the Eternal Father. To Him as to the Most Holy Virgin Mary was given to be the first in the most holy knowledge of the Mystery of the Trinity of the Father and of the Son and of the Holy Spirit. The free acceptance of taking the Virgin Mary as his bride gave him the joy of an infused knowledge imbued with a living and fatherly relationship with Jesus, his Creator, his King and his Love. This knowledge Joseph received from the love he had for Mary His Bride and from the Will of the Almighty Father. From that moment, Joseph took Mary to his wife’s home and actualized the Ministry of his love for Mary and the Child.

The drama which occurred at the time of the Savior’s birth raises the consideration of his great authority which made it possible to preserve the Child-God and his Mother from any omen that could have put the identity of the Child at risk. Thus, the devil and his henchmen could have harmed Jesus and his Mother. His strength and his Love kept the devil and his acolytes at bay. Until the day of the birth of the Child King, even Herod and his entourage knew nothing about it. Yet the Sign was in heaven, the Magi were already walking to meet the Child-God and the shepherds, the smallest of the people, were instructed by the voice of the angels!

At the moment when Herod wanted to kill the Child-God, I warned Joseph in a dream, by the Will of the Eternal Father, to take the Child and his Mother and flee to Egypt. He remained there until the death of the tyrant. Back in Nazareth, the Holy Family remained there during all the years of Jesus’ growth. No one suspected who Jesus and his Mother were. Joseph’s discretion was perfect so as not to attract the eyes of the Evil One and thus hinder the plan of God our Father. Joseph’s putative fatherhood covered the Child and his Mother in such a great way that no one can express or approach. Joseph’s paternal tenderness was like the cave of the Rock to protect the Child and his Mother from the untimely moods of this world. This discretion will continue in Silence and prayer, in the daily work and even in the rests so as not to let suspect the existence of the Messiah of God. Joseph’s obedience to doing the Will of the Eternal Father with a humble and pure heart made him the most representative male figure on earth at the center of the Holy Family. His Fatherhood and his Masculinity were similar to that desired by God from the beginning of everything. So as Saint Joseph protected the Child and his Mother, he protects the Church in its historical growth. In an even more solemn way in these times of yours.

The present times require the lifting of the veil of God’s discretion for Saint Joseph in his role for the Church of Christ. Now is the time to reveal the words of the second letter to the Thessalonians hidden from the beginning of the Church. Indeed the mysterious figure, which holds back or prevents the manifestation of the antichrist and his present domination, must now be unveiled to enable all the righteous to understand the events which are taking place. You must stand ready and keep your lamps on for the manifestation of the Son of Man. Here is the Sacred Text of Saint Paul’s second letter to the Thessalonians, chapter 2:

We ask you, brothers, with regard to the coming of our Lord Jesus Christ and our assembling with him, a not to be shaken out of your minds suddenly, or to be alarmed either by a “spirit,” or by an oral statement, or by a letter allegedly from us to the effect that the day of the Lord is at hand. Let no one deceive you in any way. For unless the apostasy comes first and the lawless one is revealed, the one doomed to perdition, 4who opposes and exalts himself above every so-called god and object of worship, so as to seat himself in the temple of God, claiming that he is a god— do you not recall that while I was still with you I told you these things? And now you know what is restraining, that he may be revealed in his time. For the mystery of lawlessness is already at work. But the one who restrains is to do so only for the present, until he is removed from the scene. And then the lawless one will be revealed, whom the Lord [Jesus] will kill with the breath of his mouth and render powerless by the manifestation of his coming, the one whose coming springs from the power of Satan in every mighty deed and in signs and wonders that lie, and in every wicked deceit for those who are perishing because they have not accepted the love of truth so that they may be saved. Therefore, God is sending them a deceiving power so that they may believe the lie, that all who have not believed the truth but have approved wrongdoing may be condemned. But we ought to give thanks to God for you always, brothers loved by the Lord, because God chose you as the firstfruits for salvation through sanctification by the Spirit and belief in truth.

Indeed, “the mystery of iniquity is already at work; it suffices that the one who retains it now be discarded. Today, I say it to you: The one who holds it back is Saint Joseph! Through his prayer and his intercession, Saint Joseph assists believers in a spiritual struggle for the defense of the faith of the militant Church. With the prayers of the saints and souls in purgatory, that is to say the Triumphant Church and the Suffering Church, the assistance of Saint Joseph and the Virgin Mary constituting a shield of faith which holds back the antichrist until now.

Hear my words well. The cup of iniquity is overflowing, and soon a time will come for the Church when the persecution of the righteous will take place. It is by the Will of the Father and of the Son and of the Holy Spirit that this year 2021 has been proclaimed by Pope Francis the year of Saint Joseph. A great blessing of protection has been offered to you. During this year you will be forced to make a choice. What presents itself as a vaccine-savior is just an illusion. Soon the mark of the Beast will be imposed on you to buy, to eat or to travel. The year 2021 is a year of discernment for those who want to be faithful to Christ. To all those who wish to follow Christ, Saint Joseph will assist you. But He must withdraw discreetly on December 8.

By that time, and it has already started, all those who reject Christ find themselves entering into a force of delusion that makes them believe a lie. A social and planetary lie organized and prepared by the acolytes of the antichrist. They form a false Church which is indeed the social body of the antichrist. They are the ones who rule by fear, domination, by communist and socialist ideologies. They are manipulating for a false universal brotherhood. They have infiltrated the Church of Christ with a view to disfiguring it and desecrating its sacraments. Everything falls into place. Until December 8, these evil acolytes organize themselves through the media and create a climate of suspicion, fear and denunciation.

They must prepare for the coming of the Unholy by organizing a world order where division and confusion will reign to the detriment of the Truth of the teaching of the Church. Scandals and accusations will hit the Church everywhere. Movements that deny men and women will become the new judges of this social lie. Conflicts will arise in families arguing the need for vaccines and the Mark of the Beast. Conflicts between nations will come to such a point that everything will seem hopeless. Hearts will cool, consciences will be bound and darkened by the sin that has pervaded everywhere.

Even though the antichrist’s tares seem to suffocate the righteous and the saints, giving the impression of the death of God and the end of the Catholic Church, all of this is only an appearance. When Saint Joseph retires, the Immaculate Heart of Mary will begin the beginnings of the triumph of her Immaculate Heart for her children and for the Church. The Church will go through the pains of a purification where the Virgin Mary will accompany her as Mother of sorrows. Some of her children will be martyrs, they will wear the palm of the Victory of Christ on the day of the triumph of the Immaculate Heart of Mary. At the time when the antichrist will appear, the time of the refuges prepared by the Holy Hearts of Jesus and Mary and the very pure heart of Saint Joseph will sound. The Refuges are the work of the three and a half years announced in the Book of Revelation. They are the work of God.

Small herd do not be afraid. Look with the eyes of faith, hope and love. The shelters are under the special protection of Our Lady of Mount Carmel. This is how her Immaculate Heart wanted it. Can you not now see the work of the Holy Family of Jesus, Mary and Joseph? Everything you need to know has been said. Live in confidence to accomplish his Divine Will and repeat this prayer often: Jesus, I trust in you!