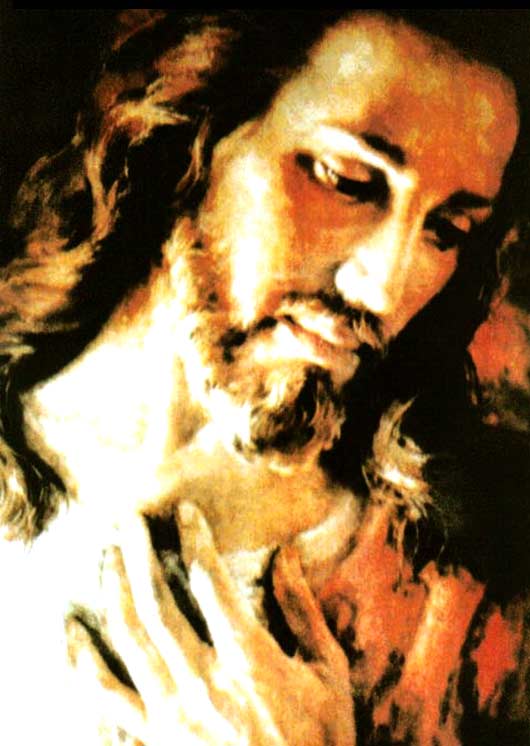 Jesus said: “My people, because of your weak leader in Biden, the communist countries will take advantage of a weak America, that you are not putting up a strong defense. This is why you are seeing these clouds of war that will be coming shortly. You already are seeing a constant war of Russia attacking the Ukraine. Be prepared for a possible war with China, as they want to take over the Pacific islands. You are always praying for peace, but the evil ones are moving toward a world takeover for the Antichrist to assume power. Trust in Me to protect My faithful at My refuges.”

Jesus said: “My people, this circling tornado is a sign of My coming Warning that I will bring when your lives are in danger. In the Warning I will give every soul one last chance to save their soul. You will see your life review of both your good and bad actions with a focus on your unforgiven sins. Some people will desire Confession so they can cleanse their souls. You will have six weeks to convert your lives. In Taiwan your Speaker of the House is having talks with Taiwan’s leaders. Pray for the safety of your people, despite all of China’s threats with the planes flying in the Taiwanese airspace.”

Jesus said: “My people, the latest inflation bill from the Democrats is another tax and spend bill of billions of dollars on their Green New Deal and health programs. This is more spending that you do not need that will increase your National Debt and put a tax on everyone as well as your corporations. This excess spending is the main cause of your inflation. It does not make sense for the Federal Reserve to raise interest rates to fight inflation on one end, while your Democrat controlled Congress is raising your inflation by its reckless spending on the other end. You need to bring your spending under control, or your inflation will get worse. Pray that your legislators will stop their excessive spending.”

Jesus said: “My people, in a previous vision you saw clouds of war coming. Many nations in Europe are feeling threatened by Russia when it invaded the Ukraine. Your NATO countries are inviting countries like Finland and other countries bordering Russia to join NATO. Your country is delivering arms to help defend these countries from any future Russian invasions. Pray for peace that war will not spread, but Russia is trying to take back all of its former territories.”

Jesus said: “My people, you are seeing a possible Global Famine if Russia does not allow the Ukrainian grain ships to deliver their shipments of grain to the rest of the world. Russia has been bombing Odessa where the grain ships are located. Keep praying that Russia will allow these grain shipments to go to their customers without upsetting their deliveries. These ships are the first ones that have been allowed out of the Ukrainian ports since the war began.”

Jesus said: “My people, once your Supreme Court overturned the Roe v Wade decision, this sent abortion decisions back to your states to decide whether they were for abortion or not. This abortion decision has caused a heated reaction in your states and among your people. Some blue states, who accept abortion, are paying for abortions in their state for women living in the red states who come to their state. Remember that it is your many abortions that are bringing My punishment down on your country. Pray to stop abortion in all of your states.”

Jesus said: “My people, you have been using Covid shots to try and stop the Covid virus, but these shots should be avoided because they do not stop Covid, and they will ruin your immune system. Monkey pox shots should also be avoided, but this is not as deadly as small pox, which your older people had vaccinations to avoid. The next virus to be spread is a bleeding disease like Marburg virus or ebola. This coming virus will be very deadly and it will be necessary for My people to come to My refuges where I can heal any infected people. You can use your Good Friday oil to help heal monkey pox or any bleeding disease. Trust in My healing protection at My refuges.”

Jesus said: “My people, I am the Great Healer both of bodies and souls. This life and its sicknesses are temporary and could be healed with prayer. It is your soul that needs saving from the flames of hell. I have given you Confession to come to Me to be cleansed of your sins. Sin in your soul is the worst disease of all because mortal sin could send you to hell. I call on My faithful to repent of your sins and come to Confession at least monthly to keep your soul clean of sin and full of grace that makes you worthy to receive Me in Holy Communion. Stay close to Me with pure souls, and you will be ready to be accepted into heaven.”